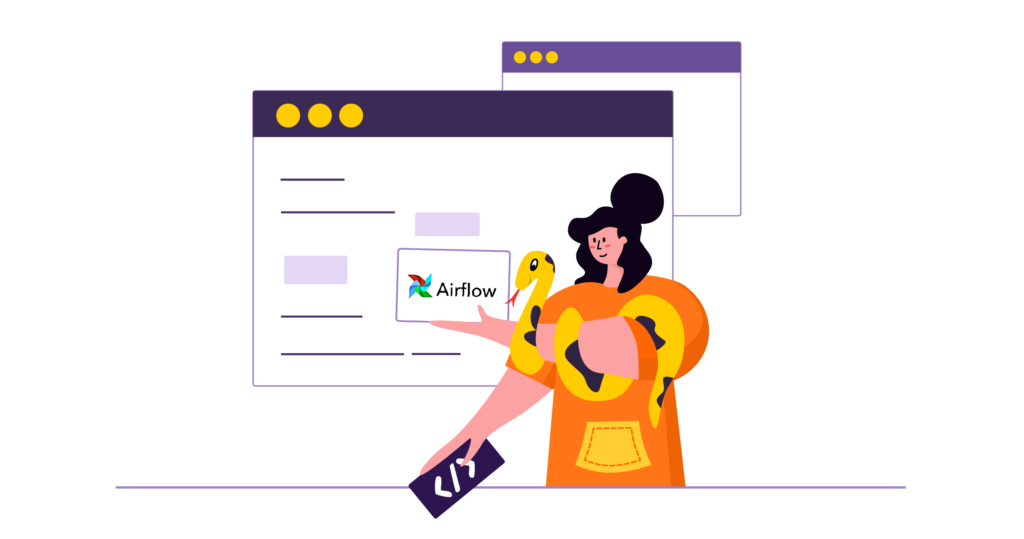 Build and run ETL pipelines as code with the Apache Airflow orchestrator. Integrate data from internal and external sources connecting to third-party APIs and data stores in a modular architecture.

What is Apache Airflow?

Apache Airflow is designed to express ETL pipelines as code and represent tasks as graphs that run with defined relationships and dependencies. A Directed Acrylic Graph (DAG) is a graph coded in Python that represent the overall pipeline with a clear execution path—and without loops or circular dependencies.

The DAG defines the tasks and executions, running order, and frequency. Tasks are represented as nodes and have upstream and downstream dependencies that are declared to create the DAG structure. The DAG is the center that connects all the Airflow operators and lets you express dependencies between different stages in the pipeline. Each task is scheduled or triggered after an upstream task is completed and implemented as a Python script—defined in DAG files that contain metadata about its execution.

Airflow solutions allow users the ability to run thousands of tasks and have many plugins and built-in operators available that integrate jobs in external systems or are customized for specific use cases.

Apache Airflow solutions are used for batch data pipelines. They can create instances in Airflow environments to connect quickly with APIs and databases using hooks (interfaces), without writing low-level code. Hooks integrate with connections with encrypted credentials and API tokens stored as metadata.

The Airflow UI provides features and visualizations (workflow status) that give insights for understanding the pipeline and the DAG runs. The dashboard provides several ways to visualize and manage the DAG runs and tasks instance actions, dependencies, schedule runs, states, code viewing, etc.

Apache Airflow is a workflow automation tool with built-in frameworks that simplify setting up ETL jobs. Apache Airflow is a key component for building Machine Learning Models. You can create a ML model that correlates data from different data sets as input to feed a predictive model and reach a goal.

In practice, many problems require creating pipelines with many tasks and dependencies that require greater flexibility that can be approached by defining workflows as code. Apache Airflow is a workflow management solution with key features especially suited for Machine Learning use cases.

Machine learning models require training data from combined data sets. Data may also come from different systems and require separate code paths to be ingested from branches within tasks or different chains of tasks. Also, developing two sets of tasks within the DAG structure might prove to be more flexible for specific scenarios.

Airflow operators represent tasks or predefined task templates (premade or reusable) used to build DAGs. Many operators are available, built-in, or may come installed in the provider packages.

Operators perform actions, move data, or specify a condition. Airflow sensors are operators that run until a condition is met. Airflow allows users to create their own Airflow operator (custom operators) and sensors that can be shared with the community.

Airflow Hooks are interfaces to external systems and a component of operators. They can encompass complex code and be reused. Creating a custom hook requires defining parameters, arguments, connections, building methods, and configuration details.

Developing logic for creating workflows and triggering DAGs based on actions or time intervals is fundamental. A timeline is created to define the starting times for the workflow of data that comes from different locations and arrives at different times. The DAG may require using Airflow sensors (a subclass of Airflow operators) to check that conditions are met and data is available to start. DAGs can also be triggered from REST APIs and the command line interface (CLI). The triggering approach will depend on possible scenarios and the complexity of the workflow.

Once the data is correctly loaded and transformed to a suitable format, users can train the models. Airflow pipelines allow to continuously feed new data to retrain models and automate their redeployment. In addition, users can do templating to capture configuration arguments to ensure an effective model retraining process and idempotent tasks.

Airflow has a template functionality with built-in parameters and macros that help users insert a value to a variable in an operator during task runtime to execute all components. Variables or expressions are replaced at runtime by a template string argument.

Jinga is a powerful templating tool that works with Airflow. It is not in the scope of this paper to discuss the technical details. Readers may learn more about templates by visiting these pages in the Airflow documentation: Templates reference and Jinja Templating.


Cloud Services—Airflow as a Service

Krasamo can design architectures and set up deployments in cloud platforms, using built-in operators (interfaces) to integrate and implement as an Airflow partner. Also, our teams can leverage specific cloud components and app development for data-intensive applications.

The cloud platform provides a Software Development Kit (SDK) package with the components (command-line tools, Phyton libraries, etc.) that provide the functionality to connect the pipeline. The pipeline connects through an application programming interface (API, specifically Airflow API) or Airflow operator to send requests to the cloud service.

Integration of data pipelines with cloud services components can be quite challenging. At Krasamo, our job is to use our experience and expertise to create the pipelines and then provide our clients with the added benefits of a turnkey processing solution (completed, installed, and ready to use).

Running tasks in containers using Docker helps simplify the development and maintenance of running multiple DAGs with many operators. However, using different operators can become complex due to many implementations and dependencies. DAGs may be implemented using Airflow Docker—a single operator with one set of dependencies to manage tasks and help reduce complexities.

Airflow Docker containerizes tasks and dependencies that function independently (isolated) from the host operating system and manage interactions with a container engine (Docker). The environment can be accessed by running the command line interface (CLI), web interface, or Airflow API.

Airflow Docker has the advantage of defining several tasks by building images (Docker Images) for each task with specific arguments and executing them in containers with dependencies using one operator (DockerOperator). Installing dependencies only in Docker avoids conflicts between tasks. In addition, container images make it easier to develop and test functions (debug) against one operator independently from the orchestration layer.

Apache Airflow has Docker images released by the community as reference images for supported Python versions. Visit the Docker Hub Apache Airflow documentation for more information. To get started with Docker, prepare the environment on the operating system, install a Docker engine, create Dockerfiles and directories, and initialize the database. Next, fetch a docker-compose.yaml file with service definitions and Airflow configuration. Finally, build Airflow DAGs from containerized tasks and run containers on Airflow.

Users can also get Airflow up and running by setting up a Python package in a Docker Container. The use of Docker can be started with CeleryExecutor or Docker Compose to deploy in Airflow.

An Airflow executor is a task execution process that utilizes resources to place task instances on a queue to complete or execute.

Configure the execution mode process for tasks to run:

Infrastructure running on Kubernetes is advantageous for scaling by running Airflow from Kubernetes clusters. However, Airflow workflow deployments for various use cases may have to use different libraries and can create issues in managing dependencies. By working with the Airflow Kubernetes operator, clients may launch Kubernetes Pods (container applications) and configurations that provide better control of their environment and resources to orchestrate ETL jobs. Tasks are run as containers inside Pods (using AirflowPodOperator). 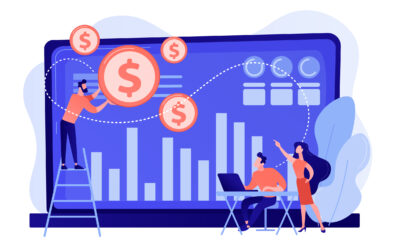 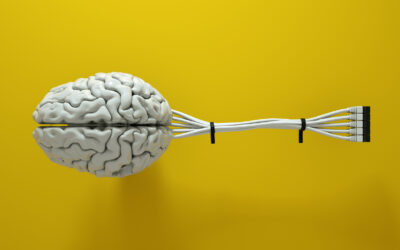 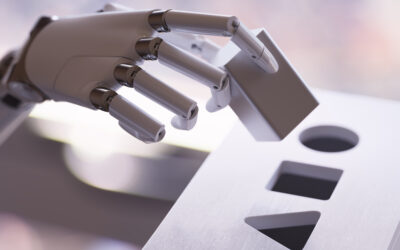 Machine Learning is an application in which machines can learn automatically from their experiences or train data to make predictions detecting patterns and creating its own rules. 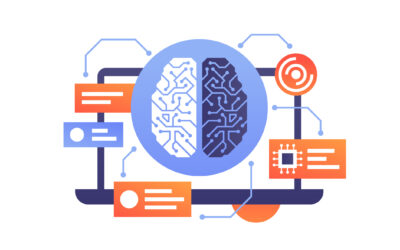 Companies that incorporate Machine Learning models usually improve their operating leverage but have to carefully watch the behavior of profit margins as revenues go up or down. 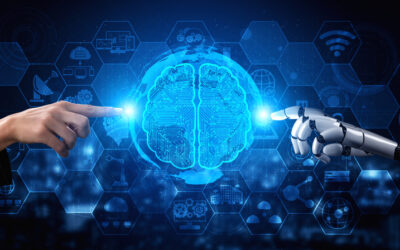 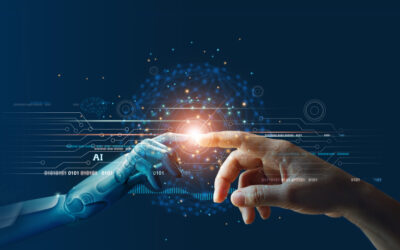 We can teach a computer to learn by using data, and this process is called machine learning, which uses statistics.