Krasamo is a software development company offering integrated testing in software engineering services. Software testing is done throughout the agile development process and is part of development and operations (DevOps). Agile testing is essential in order to prevent or find defects and guide development in building the right products. QA assurance provides confidence about the product with regard to technical solutions (internal code) or business values required by stakeholders. A QA outsourcing firm should have the skillset and technical stack to support your business. At Krasamo, we can work with your enterprise to quickly identify context and define use cases, software testing types, scenarios, tools, and a test automation strategy (time and costs).

Agile testing is software testing under the same principles and mindset that rule agile development. Our teams focus on building quality apps in a collaborative environment in fast cycles (iterations), refining the product through feedback validation and continuous releases throughout the app life cycle. Agile testing teams are synchronized with DevOps in order to maintain a continuous delivery pipeline.

Agile testing focuses on high quality products and team collaboration (cross-functional teams), with clear communication about project goals and business context, with clearly defined testing practices (test planning). Our approach is focused on preventing defects and providing fast correction of errors before delivering features. A software testing engineer checks requirements and tests the stability of the architecture as well as application layer interactions before starting to work with stories, components, and subsystems.

Software testing requires the planning of testing activities, tasks, features, stories, skills, and priorities, which are all discussed in the feature planning meeting or placed in the product and sprint backlog for the next iterations (sprints). Test planning in agile considers the product context and solves issues regarding the team composition, dependencies, attributes, and the risks involved in the product launch. QA testers must understand the product features and stories, including how the product’s users interact and the problems the product will solve for them. Our teams use examples that help QA testers understand stories and write executable tests from scenarios to guide developers before building code. Some example-based techniques are behavior driven development (BDD), acceptance test driven development (ATDD), and specification by example.

Software tests can be written before testing code or after coding is complete. Tests are performed manually and then automated along the way (manual vs automated testing), although not all tests and tasks can be automated. In addition, some tests are specifically intended to prevent defects before coding or after coding is completed. Software tests can be categorized by audience, such as users, stakeholders and business people, or technical team members. In general terms, the types of software testing are functional, non-functional, and maintenance. All of these facts must be considered when evaluating different types of software testing.

Exploratory testing in agile is a human-centric approach performed by designing small experiments to observe how the system behaves and executing tests simultaneously to discover bugs within its interactions. You can test a product as an end-user (persona) or explore throughout the user journey to uncover new details. Our QA testers perform exploratory testing to present scenarios and learn about the business rules. The criteria specified are then automated into acceptance tests (acceptance test driven development). Exploratory testing is about business-facing rules.

Unit tests are technology-facing small scope tests that are independent from interactions and are created before writing the code. Test cases are run frequently to detect defects quickly and early in the development cycle, giving feedback and reducing debugging. Building small testable units of an app helps to meet the units’ design and behavior requirements. Unit tests make the code reliable; in addition, they can be automated as the codebase becomes larger, allowing code refactoring. Unit testing helps build functionality in small pieces, which then leads to acceptance test definitions.

Acceptance test driven development (ATDD) is a testing method in which product owners, developers, and QA testers (three amigos) collaborate to develop acceptance tests that represent the end users; these tests are completed before implementing product features, so they become part of the requirements of the system. Acceptance tests are created by business domain and serve to verify completeness of user stories. They must contain business logic as well as system functionality, as they are tested against user journey scenarios. Once the criteria are met and acceptance tests are completed, the defined requirements for developing the application are satisfied. User stories are considered complete after passing acceptance tests. Talk to Krasamo’s QA testers to discuss when these tests are automated. Acceptance test driven development can have variations in its approach, adopting the following names:

Microservices testing is about testing the capabilities and functionality of a single microservice, with isolated scope downstream or upstream with regard to collaborators and services. Besides the tests mentioned in this paper, other relevant consumer-driven tests are performed to evaluate consumers’ usage of services, such as contract tests, consumer driven contracts (CDCs), schemas, etc. We can create instances that simulate or mimic real events (stubs vs mocks) and create tests that run fake business logic to verify behavior.

End-to-end testing is a method that tests the entire system, usually wide in scope, and replicates real time procedures to validate the interfaces and integration of several microservices (integration testing). Running tests against all microservices checks the functionality of how they work together. Our QA testers work toward reducing the need for end-to-end-testing, as it becomes complex when many parts and technology stacks are added.

Testing in production involves monitoring and observation activities to ensure that the system is running as expected. Testing also involves progressive techniques such as injecting fake user interactions into production systems to ensure that end-user functionality is not interrupted. There are a number of tests that fall into this category:

In particular, usability testing is a technique performed by the user experience team (UX team) that focuses on observing how users interact with the application, in order to detect usability issues. This testing is performed at the beginning and throughout the development process for continuous refinement (with the goal of delighting customers). Krasamo has specialized teams that work in UX/UI design of applications.

As mentioned, security testing evaluates a product’s exploits, vulnerabilities, and risks for the purpose of preventing attacks in the future. Different methods exist for identifying threats; once any threats are defined and implemented, they help our developers code a robust application. A security expert from the Krasamo team can perform a security assessment at your enterprise to determine the security risks within your organizational systems and design solutions. QA testers play the attacker’s role. Testing types include:

Krasamo’s software quality assurance services will recommend ways to implement the best tools for testing, logging, alerting, monitoring, automation frameworks, test suites, defects tracking, etc. Software testing is a wide topic on its own, and it can become tricky depending on the situation.

Our experts are always available to discuss your specific use case and give you more details about the software testing tools that would best apply to your enterprise.

Testing metrics in agile is about the data of the testing process. Testing activities should be supported by quantitative metrics of application attributes that track progress. The goal is to keep improving the product as well as the testing process. Krasamo helps customers save money by using the right metrics that focus on specific project goals.

Mobile app development is one of Krasamo’s core business functions. With more than 10 years of experience, we’ve had time to perfect our mobile app testing techniques. Mobile app testing certainly has its own challenges, due to the variety of devices, operating systems, and device versions used. Another app testing challenge is that testers must write many test scripts due to differences in the devices’ properties.

App testing is a process performed during the development process to ensure the app meets its quality requirements and delights its intended users. QA testers develop suitable tests (scripts) according to product and testing requirements. Mobile app testing is a process that simulates usage behavior and, by necessity, it must start manually before it can become automated.

Test scenarios are developed and converted to test cases with specific instructions about the functionalities to test. Manual testing can detect errors and bugs with greater precision than automated tests.

But manual testing is tedious and time consuming; so, when the number of features becomes greater, automation takes effect. Krasamo QA teams have experience coding, updating scripts, and handling bugs in agile testing.

Mobile apps are coded using integrated development environments (IDE software) that supports the development process. Mobile apps are tested on virtual devices created for each version, using an emulator that is part of the IDE software. IDE’s support third-party tools. Automated testing is very convenient as you don’t have to own the physical devices.

At Krasamo, we have extensive experience in mobile app testing, and we have hundreds of connected devices in excellent working condition just waiting to get started with new test cases. Click here to learn more about manual testing vs automated testing.

IoT testing is simply testing IoT systems along with embedded devices, such as sensors, etc., that work when connected to the internet. Many of the tests mentioned in this article are used for IoT testing. Krasamo has developed expertise in this area through our more than 10 years of experience in building IoT systems. Check some of our IoT use cases.

A Krasamo QA tester has the balanced skills to understand both the customer business domain and the technical capabilities to collaborate with developers. Our QA testers interact with product owners and help craft business rules for stories.

Krasamo is a QA outsourcing company with more than 10 years of experience in software quality assurance, agile testing, QA automation, mobile app development, and IoT systems. Whether you are a stakeholder or a technical team member, we would love to talk more with you about agile testing strategies, test plans, activities, resources, and environments. 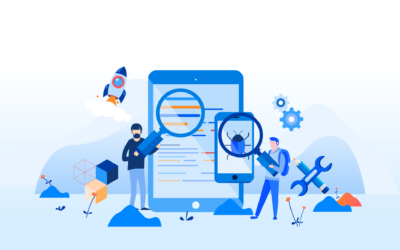 In the world of mobile app testing, there are two types of tests: Manual Testing and Automated Testing. In this article, we will talk a little about the difference between these two methods as well as the pros and cons of each.